Curiosity, common sense holds, drives the sciences rather than the humanities: how can we better understand the world we live in? How can we make the best use of our knowledge about nature, develop technologies and explore what is unknown to us? But the humanities, too, start with curiosity, albeit with a slightly different turn to their questions: why do we exist, and what gives meaning to our life? These questions guide our academic journeys, leading us into the foreign worlds of the natural world, individual lives, cultures, histories, social structures and institutions, and more. The study of religion is part of the humanities, orienting us in our question how we can and ought to live. However, religions also articulate the boundaries of any of our worldviews, challenging us to go beyond them, to transcend our reality to this other reality that we call the Divine. Curiosity for Christianity is therefore a good motivation to begin your study.

As a scholar of Christianity you will become an explorer of foreign languages, foreign worlds and histories, and this journey will never come to an end. You will encounter many courageous persons, past and present, from all over the world, committed to their faith. You will hear and read stories full of wisdom, wit, humor, and human drama. You will see the architecture, the books, paintings and sculptures, all rooted in the same curiosity – and awe – that drives your own studies. You will examine the poetic force of people who put into words and images what ultimately cannot be grasped. You will meet community leaders and politicians both in history and in the present who are the voices of the Christian tradition. As a scholar of Christianity, you will dive into a world that embraces much of what human culture offers. As is the case in every study, not everything will be as exciting as you expect, and the study of Christianity demands, apart from curiosity, discipline and openness to multiple disciplines Christian theology is aligned with. You may not become as wealthy as some of your peers may, but as a person, you will be more than enriched. Speaking in the words of my institution, a Jesuit University, you may be transformed as a person in order to transform the world: transform it into a place of less injustice, less hate, and less despair for those to whom justice, love, and hope matters most. In short: you will study Christianity not only as an intellectual matter, but also as an existential journey; and it matters that you have chosen to become one of the scholars in Christian theology. 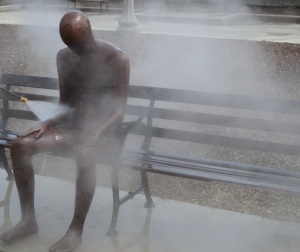 Rather than explaining what the study of Christianity entails – you will learn that from booklets, websites, and program descriptions, let me tell you a bit from my own journey: I am a Catholic Christian, and I became a scholar of Catholic theology in the 1980s. Furthermore, I have specialized in the discipline of ethics, more specifically moral identity and agency, bioethics, social ethics, literature & ethics, and feminist ethics. I am a woman of German nationality, wife and mother, and friend of several people who live in different parts of the earth; they are gay and straight, of different ethnicities and national backgrounds, Christians and Non-Christians.

But as important as it is to introduce myself, however superficially, to you, I want to convey that in and for Christianity, ‘identity does not matter’. For the disciple St. Paul states, right at the beginning of the formation of the Christian communities, a central insight of the Christian faith you will come to study: “There is neither Jew nor Gentile, neither slave nor free, nor is there male and female, for you are all one in Christ Jesus.” (Letter to the Galatians 3:28)

In our world that is shaped not only by our social identities that give us a sense of belonging but also by an identity politics that labels, shames, and discriminates people because of certain characteristics, it is important to understand what it means to say that all these categories do not matter because we are ‘one’ – united, that is – in Christ. As a student and/or scholar of Christianity, you will examine a statement such as this. Perhaps you read it as a statement that ultimately places Christianity before any other ‘identity marker’, rendering this particular identity superior to the others, thereby entering one of the most contested debates of inter-religious dialogue? Or you may read it as a call for attention never to forget our common humanity, regardless of our particularities. Becoming a scholar of Christianity, you will be enabled to participate with your own voice, your own experiences, and your own convictions in the reflection and the discussions of what Christianity means – and should mean – in today’s world.

What we strive to learn, what kind of person and/or scholar we strive to become is personal and in part existential. So here is some more of my own motivation: I studied Christian theology, because I wanted to know – not only intellectually but existentially – what it means to commit myself to the Christian faith. I was fascinated by individual life stories of men and women who would not give in to the many occasions and structures of injustice, oppression, violence, and all the different kinds that may well render people hopeless. These were individuals who would fight for their faith, but fight with words, with love, and passion. I learned about their struggles with and in their own lives, learned about their struggles with God. Having engaged in a human rights organization, I also wanted to know why – and when – one’s political and/or religious passion may turn into a destructive, violent, desperate fight. Non-violence, I learned, might not always be possible in a world that is driven by war, genocide, or terrorism. And yet, peace and justice, and justice in peace is what we need to strive for as disciples of Jesus Christ.

I grew up in post-World War II Germany, and I felt the burden of my country’s 20th century history, namely the Holocaust, which is a burden of remembrance and responsibility for any German of my generation. One of my life-questions as well as an inquiry of my scholarly work became exactly this: how can I live responsibly, aware of what is happening around me? What does it take? Asking this question, I realized that I not only needed a community (or several and different communities) who were willing and able to ask critical questions together with me, but I also realized that I myself needed to give reasons for my faith. At the beginning of my studies I did not know yet how important this would be, but one verse in the bible has become an important reference point for me since I reflected it for the first time: “But in your hearts revere Christ as Lord. Always be prepared to give an answer to everyone who asks you to give the reason for the hope that you have.” (1 Petrus 3,15). Not just: reasons for your faith, but reason for the hope that you have!

Christian theology gave me a perspective, a lens to understand the question of truth, love, justice, and of a situated interpretation of the Christian faith. I engaged these questions in theology and philosophy, and also turned to the study of literature, or to the sciences. I would not too quickly draw a line between the ‘religious’ and the ‘secular’ in my studies; and up to today I am convinced that the Ignatian spirituality expresses this universal approach to Christian theology aptly, articulated in one simple phrase with enormous ramification for the study of Christianity: “Finding God in everything”. In other words: if the Christian faith centers on the human person, in all possible relations to fellow humans, fellow creatures, plants, rocks, water, air – all that is mentioned so meticulously in the creation story or, in the near-inversion of creation, namely the story of the flood, then I, too, must attend to anything I might encounter as finding God in it. Christian theology has taught me to look at all human experiences and human culture with respect and awe, and it demands not to look the other way when human action and life is not beautiful, not peaceful, and not admirable. The study of Christianity, this means, will lead you to the highest and the lowest capacities of human agency. The division between right and wrong, and good and evil, I have learned painfully, however, does not necessarily match with the division of the ‘sacred’ and the ‘profane’, or between believers and non-believers.

Obviously, research and scholarship in Christianity has changed over the last decades – fields that were marginal when I began my journey have entered the curricula of many universities: new approaches were introduced to my own denominational studies, Catholic theology, as well as to Christian theology in general: the post-Holocaust ‘new political theology’ of Johann Baptist Metz and liberation and feminist theology have emerged, Christian theology was contextualized and re-interpreted in the critical appraisal of late and/or postmodern, post-colonial, or political theology. My own field of expertise, ethics, is also in a process of being reframed, mostly in the name of ‘Christian Ethics’ or ‘Theological Ethics’, including both traditional sub-disciplines of Moral Theology and Social Ethics. Furthermore, new ethical issues have emerged over the years, such as global justice questions & poverty, international law, and ecology; bioethics and ethics & new technologies; or business ethics & corporate social responsibility.

Today, you will need to become not only the interpreter of Christianity but also the ‘trans-lator’ of it: carrying the ‘good news’ over to anybody who may be open to it, while attending to his or her own context, language, or culture.

In some parts of the world, this means interpreting Christianity in view of a secular culture that has established organizational structures in politics, culture, and education that function independent of any religion – with the effect of a level of illiteracy in matters of religion unknown to any culture before us. This secular approach may well feed the illusion that policies are value-neutral whereas religions are partial. But as St. Paul’s statement stresses, partiality is (or at least should be) already transcended in Christianity – the only partiality upheld is the “option for the poor”, as a reminder of the Gospel’s ethics: it is those who are left behind throughout history and at the present time who are most urgently in need of love, justice, and hope, and if actions demand priorities, they are the first to be attended to.

In other parts of the world we see, however, efforts to re-interpret the relationship between the state and religion/church by way of religious politics – and these efforts are also not necessarily conducive to peace and tolerance, especially when the conflation of religious and political power lead to the silencing of dissenting voices. The study of Christianity reinforces a discussion, rather than a solution once and for all, of this tension between religion and politics, between the church and the state, and the role of religion in politics, society, or the overall culture of the 21st century.

You will take part in this local, national, international, and global endeavor. We, the scholars, need you and your work, because you are the future of Christian studies. Your community needs your work, because it will need your expertise. And those who are desperately waiting for the world to be transformed so that there is hope for them, too, they need you most of all. You may start your study motivated by your own curiosity – but you may well end up being ‘set on fire’ – inspired and determined, with knowledge and passion.